Q: I don't think I could take anymore abuse, but I know he'll go crazy if I report it. 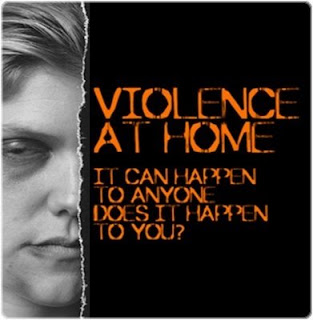 A: I worked as a Legal Intern at the House of Ruth in Baltimore, USA, so this is something that I've had first hand experience with.

My question to you is: What's more important? Your partner getting upset or you receiving a fatal blow one day?


When it comes to solutions for domestic violence, the most important thing to understand is, if it isn't getting better, it's getting worse. Don't fool yourself! If the violent person is promising to change but never does anything about that promise, get yourself and your children out of the environment and contact your local Police Station! If the violence includes more than just verbal abuse, make sure the abuser can't find you or the children and call 999.

The Domestic Violence Act (1999) is on your side. It was designed to provide greater protection for victims of domestic violence, so use it!

Domestic violence, under the Domestic Violence Act, is the physical, sexual, emotional, psychological or financial abuse committed by a person against a spouse, child, any other person who is a member of the household, or a dependant.

Even if you're as young as me, just by reading Sam Selvon's, A Brighter Sun (which most of us did for exams), one can see Domestic Violence even in those times when Tiger drank and abused his wife, Urmilla, so don't think it's a new phenomenon.

As time progressed and the number of incidents multiplied, Police administrators recognised that the domestic violence situation warranted their immediate attention. This was confirmed in 1991, when Trinidad and Tobago introduced legislation classifying particular offences as domestic violence. The then Commissioner of Police got actively involved in formulating directives to guide police officers in their response to reports of domestic violence.

This, unfortunately is not the current situation. The Police in Trinidad and Tobago are extremely lax with Domestic Violence incidents. In this Trinidad Express report in 2005, one of the women interviewed said she made "many many many reports." This Newsday report says that deaths quadrupled, even though Domestic Violence reports to the police increased by 60%.

I have a personal experience with this. Once when visiting a friend in Chaguanas, I saw a man cursing and kicking his door to get his wife to open after she'd managed to run inside to hide. When I contacted the Longdenville Police Post, I was calmly told, "We don't have any cars available." ABSOLUTE madness.

It is clear that the nonchalant attitude of the Police often result in the woman being killed, or in this case, the man. This is a leading case for Domestic Abuse in the UK. After initially being convicted, she was released because the courts finally realised the abuse she endured.


Protection Orders are meant to be protective barriers, but they are, in my opinion, ineffective. I personally do not recommend them because throughout the years, they've only proven to annoy the offender.

The website of Trinidad and Tobago's Ministry of Community Development, Culture and Gender Affairs indicates that a Domestic Violence Unit was established in May 1997 to provide counselling, information and referral services, and outreach programs to victims of domestic violence. The Unit operates a twenty-four hour domestic violence hotline (800-SAVE)-7283) and community drop-in centres, which are open one day per week (one day is COMPLETELY OUTRAGEOUS). In 2008, the Inter-American Development Bank approved a US$24.5 million loan to Trinidad and Tobago to help reduce crime, including domestic violence

A Domestic Violence Registry has been in the works since 2008, whose purpose is to keep a more detailed, coherent register of offenders and victims, but I'm unsure as to the progress; I don't know if it's been implemented as yet.