Q: Can I be fired with immediate effect? 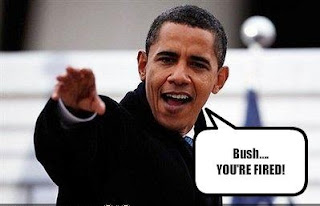 A summary dismissal is legal, but ONLY when an employee is fired with immediate effect for gross misconduct. Gross misconduct is behaviour that makes it immediately and definitively impossible to maintain an employment relationship. Examples of this are:

• Criminal damage to work property
• Being under the influence of drugs or alcohol during work hours
• Theft or fraud
• Discrimination or harassment of others in the workplace
• Negligence
• Breach of company policy (improper use of internet, phone, etc.)
• Insubordination
• Falsifying experience and qualifications or general incompetence
• Leaking confidential information

A summary dismissal still requires proper procedure, i.e., the employee must receive a letter notifying him/her of the dismissal, which must explicitly detail the misconduct of which the employee is being accused. If this is not the case, the dismissal is unfair.

N.B. The employer does not need proof of the misconduct; suspicion is enough.
61 comments:

Q: My wife does not want me to see my son, what can I do? 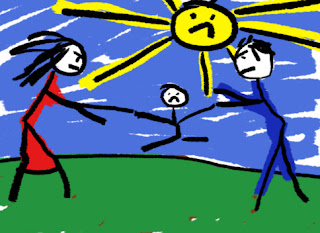 A: In my opinion, Joint Custody is best for the child to know both parents, so the following information is tailored towards that opinion.

The law governing applications for custody of children under the age of 18 years, in the Magistrates’ Court, can be found in the Family Law (Guardianship of Minors, Domicile and Maintenance) Act 1981.

By making an application for custody of a child, a person is applying for the right to possession and care of the minor, including:

the right of physical control over the child;

the right to discipline the child;

the right to control the education of the child;

the right to protect the child; and

the right to make medical decisions affecting the child.

According to Section 4, both father and mother have EQUAL rights, so here's the process.


Who can make an application?

A father or mother of a child can apply for custody, regardless of whether the parents are married to each other.

Any other person, not being a parent of the child who the court thinks has a sufficient interest in the child, for example, relatives such as grandparents, aunts, or older siblings, can also apply.


How to make the application?

(1) Make a plea before a Justice of the Peace or a Clerk of the Peace at the Magistrates’ Court in your district.

A plea concerning the reasons why you should be granted legal custody is done in an interview between you and the Justice of the Peace.

In the interview, you need to show that you are the child’s parent, if this is the case, and you must take with you proof of this. The child’s birth certificate can prove this. If you are not a parent, you must establish that you have a sufficient interest in the child.

On the basis of your plea, and the interview, the Justice of the Peace has to determine if you have sufficient grounds to make the application.

If the Justice or Clerk of the Peace finds that you have grounds to make the application, you are then directed to do so.

The application is made by completing a standard form for both married and unmarried people, which is given to you at the Magistrates’ court. You then take the completed form to the process or counter clerks to pay an application fee, and have the application processed.

If the child's parents are married, the fee is a standard three dollars (TTD$300), irrespective of how many children the application is being made for.

If the child's parents are not married, the fee is three dollars (TTD$300) for each child being applied for.

After the application is made, a court date and a summons is made out in the name of the parent or person to be excluded from custody.

You must take the summons to the summons officer in the police station nearest to which this person lives. It is your responsibility to ensure that the summons is served on the person.

You should provide the summons officer with the person’s proper address, and also make periodic checks with the officer to see that the summons has been served.

Once the summons has been served, the officer who delivered the summons signs a return of service form which is included in the court’s file for your matter.

If on the date that the matter has been assigned, the matter is called, and the summons has not yet been served (which will appear from the absence of the return of service form), then the matter will be adjourned until the person is served with the summons.


What happens when the matter is called?

The court will grant custody of a child, if it thinks it fit, having regard to the welfare and the best interests of the child. The welfare of the child is the first and most important consideration above all others

On granting custody to the applicant, the court will usually grant a right of access to the child to the other parent or person(s), and may then go on to make an order requiring that the parent or person(s) excluded from custody pay to the parent granted custody, periodic payments for the maintenance of the child.

Where the application for custody is contested, the court usually makes a temporary order for custody of the child, until the final determination of the matter.
222 comments: