Q: What are my holiday entitlements at work? 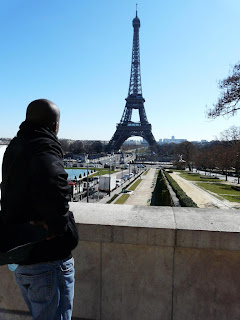 Me in Paris 2010, thanks to my GUARANTEED UK holiday entitlements.


A: This is an area of employment law that MUST be addressed by the government of Trinidad and Tobago. Currently, there is no legislation or policies regarding holidays, UNLESS you're a State employee. How can we as a country, leave holiday entitlements up to the private companies to overwork employees? The government MUST ensure that employers fulfill their duty of care towards employees.

Yes, we have numerous public holidays, but if an employee wants to take a vacation and is denied the time, that employee has no rights or recourse. How could that be fair? Why hasn't this yet been addressed? My suggestion is that we follow the format used in the UK where there is a minimum right to paid holiday, but the employer may offer more than this. The main aspects of holiday rights in the UK include:

•you are entitled to a minimum of 5.6 weeks paid annual leave - 28 days for someone working five days a week (capped at a statutory maximum of 28 days for all working patterns)

•part-time workers are entitled to the same level of holiday pro-rata (so 5.6 times your usual working week, e.g. 22.4 days for someone working four days a week)

•you start building up holiday as soon as you start work

•your employer can control when you take your holiday

•you get paid your normal pay for your holiday

•when you finish a job, you get paid for any holiday you have not taken

•bank and public holidays can be included in your minimum entitlement

•you continue to be entitled to your holiday leave throughout your ordinary and additional maternity leave and paternity and adoption leave
125 comments:

Email ThisBlogThis!Share to TwitterShare to FacebookShare to Pinterest
Labels: Trinidad and Tobago Holiday Entitlement at work

Getting bail in Trinidad and Tobago

Q: What are the laws concerning bail? 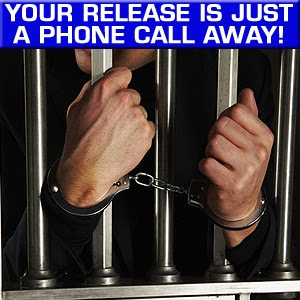 A: Human rights jurisprudence is interdisciplinary and its advocacy is a universal phenomenon. Human rights encompass civil and political rights as well as economic, social and cultural rights. One right recognized in human rights jurisprudence as pivotal in the promotion of a criminal justice system that satisfies international human rights standards is fair trial, which includes the right to bail. The institution of bail traces its origins to international conventions that protect and guarantee the fundamental rights of the individual to liberty, the presumption of innocence and the due process of the law.

In Trinidad and Tobago, the relevant legislation concerning bail is the Bail Act 1994, Chapter 4:60, which instructs:

5. (1) Subject to subsection (2), a Court may grant bail to any person charged with any offence other than an offence listed in Part I of the First Schedule.
(2) A Court shall not grant bail to a person who is charged with an offence listed in Part II of the First Schedule and has been convicted on three occasions arising out of separate transactions—
(a) of any offence; or
(b) of any combination of offences, listed in that Part, unless on application to a Judge he can show sufficient cause why his remand in custody is not justified.
(3) In calculating the three prior convictions referred to in subsection (2), only those convictions recorded within the last ten years shall be taken into account.

Where a person is charged with any of the following offences:
(a) murder;
(b) treason;
(c) piracy or hijacking;
(d) any offence for which death is the penalty fixed by law.

Part II
Circumstances in which Persons MAY BE entitled to Bail

(a) trafficking in narcotics or possession of narcotics for the purpose of trafficking;
(b) possessing and use of firearms or ammunition with intent to injure;
(c) possession of imitation firearms in pursuance of any criminal offence;
(d) rape;
(e) sexual intercourse with a female under fourteen;
(f) buggery;
(g) shooting or wounding with intent to do grievous bodily harm;
(h) robbery, robbery with aggravation, armed robbery;
(i) larceny of a motor vehicle;
(j) burglary and housebreaking;
(k) perverting or defeating the course of public justice;
(l) arson;
(m) an attempt to commit any offence listed in this Part or in Part I;
(n) receiving stolen goods.

Re: Section 5(2)- How many times have we read the news where a criminal is granted bail and then below we see an extensive criminal history. Are our Magistrates aware of our three-strike rule? I won't be surprised if they don't because this is a third world country where all kinds of nonsense is allowed to flourish.

We also need reform in making bailable offences directly related to the non-bailable offence of murder, non-bailable. i.e., possession of a firearm, shooting or wounding with intent to do grievous bodily harm and robbery! Reform is necessary!!!!!
No comments: