Ways to end a marriage in Trinidad and Tobago

Q: What are the legal grounds for an Annulment in Trinidad & Tobago? How are they different from the reasons for a divorce? How to proceed to obtain an Annulment? 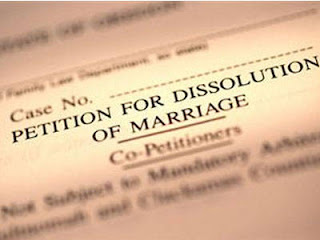 A: There is no law that forces you to end your marriage in a certain way. You can end as partners or as adversaries, fighting in court or agreeing in court, breaking the bank or limiting your emotional and financial damage. And at any time, you can change your mind.

Dissolution is cooperative. It is the legal way of agreeing on all issues and moving on. It is completely private and in your control, but for the final judgment which is part of the public court record.

Divorce is the when the parties are not in agreement on one or more issues. A divorce requires "grounds for a divorce" (see post on divorce). Usually, if you file and your spouse does not respond within twenty-eight days of being served with formal legal notification, your divorce will generally be considered uncontested. The petitioner will then have to apply to the court for the divorce to proceed and a hearing for the decree nisi will be set. In general, divorce means that the partners have issues they have so far been unable to resolve. It does not necessarily mean that you will be antagonists. There are many other possibilities:
Legal separation is an action that results only in a formal decree of the rights and responsibilities of each spouse while they live apart. It does not dissolve the marriage. A separation agreement, adopted by order of the court, specifies division of debts, assets and parental rights and responsibilities– the same matters involved in a dissolution or divorce. Such a formal separation gives spouses time apart to consider their marriage while keeping in place various benefits that can end if the marriage ends. It also sets a pattern of agreements that are often followed for a divorce settlement, so it is wise to agree on terms that are acceptable in the long run. Some couples seek a planned separation as a more formalized way of working on marriage issues before they think seriously about divorce.

Annulment is a legal procedure for establishing that a marriage was never valid. The length of the marriage isn’t important. There are seven grounds for an annulment:


All requests to end a marriage are done through the Family Courts. Information for them can be found in previous posts concerning family issues.

Email ThisBlogThis!Share to TwitterShare to FacebookShare to Pinterest
Labels: How to end a marriage in Trinidad and Tobago, marriage counsellor, marriage dissolution, marriage divorce, wedding annulment