Section 5(2)(c)(ii) of the Constitution embeds the right to consult with and retain an adviser (i.e., an Attorney), but a person can still choose self-representation in court. Pro-Se is Latin for "For Self" and is the legal jargon for self-representation. "In Pro Per" is another term used, which is the abbreviation of "In Propria Persona" and means "in the person of yourself".

In a court of law every citizen has the right to represent himself, whether he is the plaintiff or defendant. This right is usually activated when (a)the person cannot afford a Lawyer, (b)the person refuses to spend money on a Lawyer or (c)the person believes that the case is simple enough to win without a Lawyer. While this is a more cost-effective way, there are a few things to consider:

1. You must know the law and the procedures
2. Careful preparation is necessary to avoid mistakes.
3. Use all the help available (peruse this blog or email me your question)
4. Law is all about case precedence, so study previous cases to strengthen your point. A Judge will not fight your case for you. However, from my experience, a judge will not allow a Pro-Se case to continue if it is believed that the person's section 5(2)(e) rights will be infringed by lack of knowledge.
5. Did you know that a citizen can view a trial at any time? I've observed many trials at the Hall of Justice, mostly drug related. If Judge Judy isn't enough, then by all means, make time to observe and learn from the cases at any of our Supreme Courts. Contact the Judiciary for a list of cases you can attend.

If after all of this you don't feel confident enough to represent yourself in court, my recommendation for an Attorney-at-Law in Trinidad and Tobago would be Mrs. Mindy Nicholas-Stewart. You won't have to spend your month's salary to retain her and after working with her a few years ago, I can personally say that she is VERY good.

The Legal Aid and Advisory Authority is a unit of the Ministry of Legal Affairs established under the Legal Aid and Advice Act, 1976, to provide legal advice and representation for citizens who may not be able to afford the services of an Attorney, for an application fee of TT$10.

Eligibility
-Salary maximum of TT$3000 per month
-Reasonable grounds for taking, defending, continuing or being a party to any proceedings.
-In Criminal High Court and Magistrates’ Court matters, the decision is up to the Judge reviewing the application, but legal aid is usually granted in the interest of justice.


Legal Matters
The Authority can provide an Attorney for almost all legal matters.

Other costs
Section 24(2) also provides that the applicant may be requested to make a small contribution towards the cost of his matter in Civil High Court matters.

Application Procedure
To apply for legal aid, you must visit one of the legal aid offices, and:
•Fill out a form providing basic information about yourself and the nature of the problem.
•You will then be interviewed by the Legal Officer to determine your eligibility for Legal Aid.
•If you are not eligible you will be given legal advice and referred to a private attorney.
•If eligible, an application form will be given to you. This form is an affidavit and requires that you go before the Justice of the Peace or a Commissioner of Affidavits to swear to the information you provide is true and correct.
•In the case of civil actions, the application form must be returned together with requested documents to the office from where it was obtained. You will be interviewed by an investigator who will prepare a report on your matter.
•This report will be considered by the Authority at its monthly meeting and you will be informed in writing whether or not Legal Aid has been granted.
•If the matter is in the Magistrates Court or Criminal High Court, the application forms are sent to the relevant Courts where the request for Legal Aid is considered by a Magistrate or Judge.
You must sign that your application is true. It is an offence to obtain legal aid with false information.

Nine offices around the country

My Crime Reduction Plan for Trinbago

This is a question to myself.

Q: Why isn't the Trinbago Government making a visible conscientious effort to stop our Section 4 (a)(b) Constituional rights from being infringed by criminals? 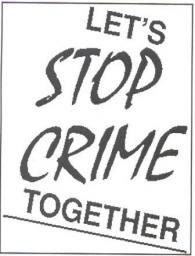 A: Here's a VERY brief list of what Mrs. Kamla Persad-Bissessar and her Government need to do ASAP!

1. The Firearms Act needs to impose stricter sentences on criminals found with illegal firearms. A minimum 5 year sentence plus an extra year for each round of ammunition.

2. Initiate undercover policing all over the country to get information, and guns and drugs of the streets. This will also enable us to find out who the Gang Members are and jail every man jack.

3. Take citizen complaints against the police seriously. This goes against our Constitutional right under Section 4(d). The Police Complaints Authority rarely acknowledges a complaint concerning attacks, threats, harassment and shall I also throw in killings?
There have been OVER 40 killings by state agents since 2003, and these numbers came after Anton Cooper's murder. Remember Sherman Monsegue? I think the officer involved is still in active duty.

4. Better monitoring of criminals who have served time or who were released through technicalities. Trinbago’s recidivism rate (58% as of 2008) MUST be curbed.

5. Counselling for crime victims; this is a very traumatic experience and people should be effectively trained to cope.

6. A Witness Protection Programme that actually works. Remember Clint Huggins on February 20th, 1998, Barrymore Briggs, Sean Quamina, Alicia McKenzie and Jagdesh Mahadeo? 5 of the 8 killed in witness protection. No one will say anything if they'll end up dead! Please, if you see something, say something; call Crime Stoppers on 0800- TIPS (8477)

7. CCTV cameras in the major cities to give the Police eyes where there isn’t enough foot patrol. No more promises, just do.

9. More cars/police officers at stations at night. The current situation is totally unacceptable

11. In the UK, when the Police/Ambulance/Fire is called, the deadline for arrival at the scene is 15 minutes. This should also be implemented in Trinidad and Tobago. Disregarding this illustrates a disregard for public safety, so the ones responsible should be fired/fined/arrested.
3 comments:

Q: My boss doesn't want to pay me properly during maternity leave. Is there anything that shows how much he must pay? 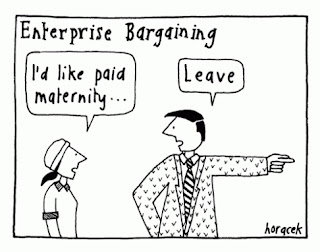 A: Firstly, congrats on your pregnancy!

Secondly, you must be employed full-time for at least 12 months. If you meet that criterion, your protection lies under The Maternity Protection Act, 1998 of Trinidad and Tobago. Direct your boss to s.9(1) and (2), which states:


(1) An employee is entitled to thirteen weeks maternity leave and may proceed on such leave six weeks prior to the probable date of confinement as stated in the medical certificate submitted under section 8(1)(c) or at a subsequent date at the employee's discretion, and is required to return to work, subject to section 10, no later than thirteen weeks from the date she proceeded on leave.

(2) During the period of maternity leave, an employee is entitled to receive pay from her employer to an amount equivalent to one month's leave with full pay and two months' leave with half pay.

Good luck, and let me know the outcome!
243 comments: