After reading the Trinidad Express’ article which tells of the ASP’s ‘warning’ that there will be “Zero tolerance for speeding & drunk driving during the holidays”, I was a little confused as to exactly how the law regarding speeding is going to be enforced in Trinidad & Tobago. 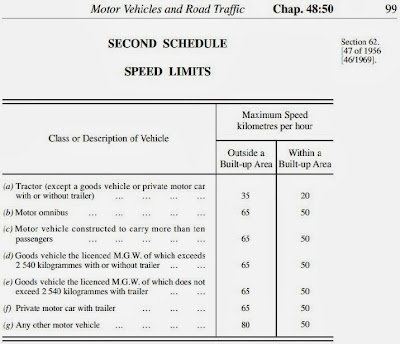 Firstly, considering that speed guns won’t be here until February 2014, I see this is vacuous rhetoric.

Secondly, however, we all know that speed-guns aren’t the only way to determine whether or not a car is speeding; sometimes we can just tell, right?

In Ohio, USA, in a 5-1 judgement, the case of Barberton v. Jenney, 126 Ohio St.3d 5, 2010-Ohio-2420 determined that a police officer’s "unaided visual estimation of a vehicle's speed is strong enough to support a ticket and conviction”, but this ONLY applies if the officer has been trained and certified by the Ohio Peace Officer Training Academy or similar organization.

We have no such organisation in Trinidad & Tobago or even in the wider Caribbean, or as a matter of fact, nothing even internationally that our TTPS officers are subjected to.

Yet, from my understanding, the ASP is suggesting that a police officer parked at the side of the highway can issue a speeding ticket that will hold up in court? Are we saying that a police officer --who has NEVER been trained in speed estimation--, cannot be wrong? And this is before I raise the issue of the intelligence and education of our officers...

Now, thirdly, we have pacing, which is when the police officer following or "pacing" a suspected speeder uses his/her own speedometer to clock the suspect's speed. This technique has many rules to be followed in the countries that use them and also comes with numerous problems, bringing into question its reliability.

I am in no way condoning speeding, but using arbitrary regulations to “police” speeding will only create problems.

I for one know that if, upon my return to T&T next week, I am given one of these ridiculous tickets, I will definitely test our legal system.

Q: My father allowed a lady and her five children to live on his land and chattel house. It has been about 8 years and he has decided he wanted to make improvements. The "lady" has never paid rent. He asked the "lady" to leave and she took him to court claiming she made renovations to the home. The case was heard in court and she was awarded the house and my father remains the landowner. How is this possible??

A: He lost because of the doctrine of Proprietary Estoppel

Proprietary estoppel arises where:-
(a) the owner of land (O) induces, encourages or allows the Claimant (C) to believe that he has or will enjoy some right or benefit over O’s property
(b) in reliance upon this belief, C acts to his detriment** to the knowledge of O and
(c) O then seeks to take unconscionable advantage of C by denying him the right or benefit which he expected to receive

The leading case on the matter is Dillwyn v Llewelyn [1862]:
The father thought he had given his younger son land in Wales, in signing a memorandum and presenting it to him “for the purpose of furnishing himself with a dwelling-house”. The memorandum was not by deed. The son built his home on the land. When the father died, the elder son disputed his brother’s title.

It is just as easy to fall into the other category of estoppel; Promissory Estoppel.

Promissory Estoppel is when one party depends on the promise or conduct of another and acts in his/her detriment in reliance on that promise.
—  First established in: Hughes v Metropolitan Railway (1877)
—  Clearly laid down in: Central London Property Trust Ltd v High Trees House Ltd [1947]
—  Fully restated and defined by Lord Denning in: Combe v Combe [1951]

Equitable Estoppel: Possible merger of Proprietary & Promissory Estoppel
In Waltons Stores (Interstate) Ltd v Maher (1988), the Court handed down its most significant decision on the topic of estoppel. The significance of this case was that it consolidated promissory and proprietary estoppels into the single, and broader, principle of equitable estoppel!

**Detriment
Alan v El Nasr [1972]
Detrimental reliance is not a requirement of promissory estoppel. It only needs to be established that the promisor has changed their position

Waltons Stores (Interstate) Ltd v Maher (1988)
However, … minor expenditure such as day to day living expenses or minor repairs will not qualify.

Q: I previously briefly mentioned quiet enjoyment in May 2010, but today I need to elaborate based on this question: Does the law allow for a single tenant to host an event which will disrupt the peace and quiet of other tenants? 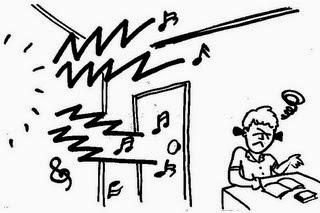 A: Yes, as long as there is no continuous, long term disturbance.

Quiet Enjoyment
Based on case-law, all landlords are under an implied obligation to allow their tenants “quiet enjoyment” of the rental premises. No one, including the landlord, his/her employee or agent shall interfere with a tenant’s right to possession of and to the lawful use and enjoyment of the premises.

Substantial Interference
It has long been understood that the word “quiet” in quiet enjoyment does not mean the absence of noise, although a number of cases on the subject have been noise related.  “Quiet” in this context means without interference.  Interference with the right of quiet enjoyment must be substantial and what amounts to substantial will always depend on the facts of the case.

For example: London Borough of Southwark v Mills, Baxter v LB Camden [1999] 3 WLR 939
Mills & Baxter were tenants in government properties owned by the Borough. Their complaints related to the lack of soundproofing in the apartments, which meant they could hear the daily activities of their neighbours, such as walking across the floor, using the toilet, watching television, so they brought actions in nuisance against the Borough.

House of Lords' decision:
There was no nuisance. Nuisance is based on the concept of the reasonable user, and.the use of the apartments was reasonable. The claimants had not sought to argue that the neighbours created excessive noise or act in ways which were unreasonable. The Borough could not therefore be liable for authorising a nuisance that did not exist.
.

A temporary interference is also unlikely to give rise to a successful claim.
Essentially, in order to be successful in claiming a breach of the quiet enjoyment covenant a tenant must prove that:
1.       there has been a new activity after the grant of the lease; and
2.       that there has been serious and persistent disturbance to the tenant’s occupation of the premises.
7 comments:

The simplest form of property ownership is a fee simple absolute in possession. A “fee simple absolute” means that the owner has a 100% undivided interest in the property. S/He can use it, sell or convey it, and leave it to someone via a Will.
Fee – inheritable interest in land
Simple – property could be inherited by heirs
Absolute – No restrictions

With a life estate, however, the person holding the life estate has only a partial interest in a property; this person is known as the "life tenant." A person who has a life estate is entitled to enjoy full use of the property during his lifetime, but does not have the right to confer the property upon his death. As a full owner, the life tenant can live on the property, build and/or renovate, rent, or sell the property.

When a life estate is created, the documents must stipulate who the property will go to (a remainderman) upon the life tenant's death. This person cannot take possession of the property until the life tenant's death.
For example, if John dies and leaves his home "to Joe for life, and then to Jane," Jane is a remainderman because she will inherit the home in the future, after Joe dies.

*Another limitation on a life estate is the legal doctrine of waste, which prohibits life tenants from damaging or devaluing the property.
9 comments: 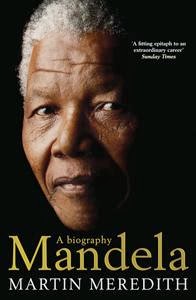 Even before reading his biography, "Mandela: A Biography" by Martin Meredith, Nelson Mandela was my idol, my hero, the man I wanted to emulate, the Lawyer I wanted to become.

He wasn't perfect, he wasn't infallible
He wasn't a saint, he was human
After he fought against all odds, only time could bring an end to his struggles for equality.

While I am extremely saddened by his death, I am so thankful for his life.

A quote that I’ve always remembered by Madiba was when he made an application for recusal (the disqualification of a judge or jury by reason of prejudice or conflict of interest):

And the one that pushed me in the direction that I took… the quote behind this website, the quote behind my specialisation in Employment law and now pursuing a PhD in Employment Law/Human Rights…
Those who know me well, know that I have always promised to attend Mandela’s funeral, so I am making all arrangements to fulfill that promise to see the man who has greatly impacted my life in many ways.

·
Hamba Kahle Tata, the first Black President of South Africa, a father, not only to his family, but to a nation and to many people around the world.