Becoming a Lawyer in Trinidad and Tobago

Q: I've been considering becoming a Lawyer in Trinidad, but it seems so hard and it looks like it will take me FOREVER! 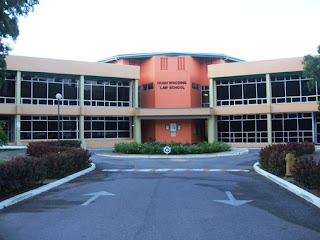 A: Deciding to become an Attorney/Lawyer is a great choice! Although it may seem like a saturated field, everyday many people sign up to pursue the career. Don't think negatively!

A. Majority of Entrants

1. Law degree from the University of the West Indies (LLB) plus, legal education certificate obtained after a two-year course at the law schools. Such persons are automatically accepted for entry as UWI LLB graduates.

2. Law degree from other recognised universities
(including an external University of London degree) plus the Legal Education Certificate (LEC). Affected persons are required to compete by examination for limited available places.

1. Overseas qualification as a practitioner
(barrister, solicitor, attorney, etc.) plus legal education certificate (lec) obtained after a six-month course at the law schools. (no examinations for entry or to obtain lec- places have been available)

2. Admission of commonwealth attorneys of at least ten years call by order of the attorney general and minister of legal affairs. (Always for limited purpose of a specific court matter so far).A person applying to the High Court for admission to the bar is required to satisfy the court that he/she:

(a) is a Commonwealth citizen,
(b) is of good character, and either
(c) holds the qualifications prescribed by law, or
(d) is a person in respect of whom an Order has been
made under Section 15A.

(c) has passed the Bar Vocational Course at an institution validated by the General Council of the Bar of England and Wales; or

(d) has passed the Legal Practice Course at an institution validated by the Law Society of England and Wales; and

(e) in the case of persons referred to in paragraphs (c) and (d) has obtained a certificate from the head of chambers of an attorney-at-law of not less than ten years standing, practising in Trinidad and Tobago to the effect that the national has undergone an attachment at those chambers for a continuous period of not less than six months doing work relating to the practice of Law, is deemed to hold the qualification prescribed by Law and is entitled, subject to the payment of the prescribed fees, to practise as an attorney-at-law in Trinidad and Tobago.

By virtue of Section 15A, which deals with special cases of admission, the Minister of Legal Affairs, where he considers it necessary or expedient after consultation with the Chief Justice, may by Order provide that a Commonwealth citizen who has been admitted to practise in a Commonwealth country for at least ten years, is eligible to be admitted to practise law in Trinidad and Tobago on such terms and conditions, including but not limited to the duration of the admission, as the Minister may specify in the Order.