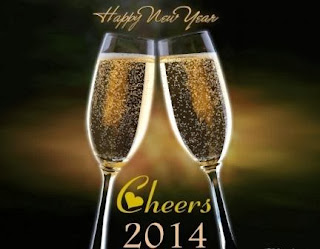 THIS IS MY 100TH POST! :-)
HAPPY NEW YEAR, AND HERE'S TO MANY MORE YEARS OF HELPING PEOPLE!


Q: After being wrongfully arrested and subjected to police brutality, I want to sue the police. What kind of compensation can I expect if I go to court? 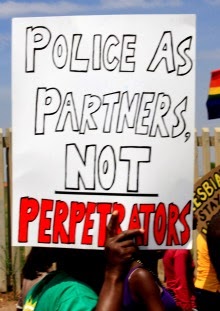 A: In Thaddeus Bernard and Another v Nixie Quashie (1992), Chief Justice Michael de la Bastide noted that: "There is a tendency among a minority of uniformed officials in this country to exercise their authority in an oppressive and unreasonable manner."

Any wrongful detention is a breach of one's Constitutional right as stated in s.4(a). As Lawrence LJ said in Walter v Alltools (1944), “a false imprisonment does not merely affect a man’s liberty; it also affects his reputation."

As a result, you will receive damages (compensation), which is designed to make up for pecuniary (monetary) or non-pecuniary loss, and this is an area that the courts don't take lightly.

There are two main types of damages:

1. General damages
In Commonwealth Caribbean jurisdictions, general damages are usually assessed according to the guidelines laid down by Wooding CJ in Cornilliac v St. Louis (1965):
a) the nature and extent of the injuries sustained;
b) the nature and gravity of the resulting physical disability;
c) the pain and suffering which had to be endured;
d) the loss of amenities suffered; and
e) the extent to which, consequentially, pecuniary prospects have been materially affected.

2. Exemplary/Special damages (mostly referred to as punitive damages in the USA)
As stated in British Transport Commission v. Gourley [1956], special damage “has to be specifically pleaded and proved".

Generally, exemplary damages are limited to the circumstances set out by Lord Devlin in the leading case of Rookes v Barnard [1964], but this has rarely been followed.
1.     Oppressive, arbitrary or unconstitutional actions by the servants of government.
2.     Where the defendant's conduct was 'calculated' to make a profit for himself.
3.     Where a statute expressly authorises the same.

In the UK, there are specific numerical guidelines, which were most clearly set out in Thompson v Commissioner of Police of the Metropolis [1997] CA, but even before that in the aforementioned Thaddeus, T&T courts expressed disapproval of the mathematical approach to the assessment of general damages in these types of cases, which I personally believe to be extremely fair as every case is different.

There are many T&T cases that can be followed, but whatever the Judge chooses will obviously depend on the facts of the individual case. With that being said, however, here are a few cases that should give you an idea of what to expect:

Kennty Mitchell v PC Hobbs and AG (2007)
The police arrested the claimant believing there was a warrant for his arrest, when in fact there was not. He was arrested for 2 days 7 ½ hours and Jones J on 12th June, 2008 awarded $100,000.00 for wrongful arrest and false imprisonment and a further sum of $25,000.00 in exemplary damages.

Felix Hyndman v The Attorney General (2001)
Tam J in July 2001 awarded $85,000.00 as general damages for assault, false imprisonment for 20 days and malicious prosecution, inclusive of aggravated damages and a further sum of $25,000.00 for exemplary damages. The plaintiff was arrested and charged for possession of a dangerous drug i.e. cannabis sativa.

Ted Alexis v The AG of T&T & Ors (2000)
Cocaine was planted on a plaintiff and he was imprisoned for 2 ½ months and was awarded $100,000.00 for unlawful arrest, false imprisonment and malicious prosecution, inclusive of aggravated damages and $25,000.00 as exemplary damages to mark the court’s disapproval of the officer’s conduct.

Stephen Seemungal v The AG and John Rougier The Commissioner of Prisons (2009)
Boodoosingh J gave $100,000.00 as general damages inclusive of aggravated damages and $60,000.00 as exemplary damages for unlawful detention, on an invalid warrant, of 12 days.