Do you agree with the charges laid against the police officer who killed George Floyd in Minneapolis, Minnesota on 25th May 2020? 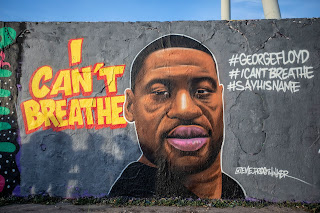 I am in full agreement with both charges.

Minnesota Statute 609.205 – there are five (5) categories of 2nd degree manslaughter, all of which carry a maximum prison sentence of ten (10) years or a $20,000 fine; however, this post will only focus on the offence applicable to the killing of George Floyd:

(1)    by the person's culpable negligence whereby the person creates an unreasonable risk, and consciously takes chances of causing death or great bodily harm to another…

Minnesota Statute 609.19 - there are two types of 2nd degree murder, both of which carry a maximum prison sentence of forty (40) years:

(1) causes the death of a human being, without intent to effect the death of any person, while committing or attempting to commit a felony offense** other than criminal sexual conduct in the first or second degree with force or violence or a drive-by shooting; or

**[for this category to apply, first proving the felony offence of “manslaughter” is mandatory]

(2) causes the death of a human being without intent to effect the death of any person, while intentionally inflicting or attempting to inflict bodily harm upon the victim, when the perpetrator is restrained under an order for protection and the victim is a person designated to receive protection under the order.

Minnesota Statute 609.195 – there are two (2) categories of 3rd degree murder, both of which carry a maximum prison sentence of 25 years; however, this post will only focus on the offence applicable to the killing of George Floyd:

(a) Whoever, without intent to effect the death of any person, causes the death of another by perpetrating an act eminently dangerous to others and evincing a depraved mind, without regard for human life…

The issue with the 3rd degree murder charge is proving that the defendant was, at the time of the incident, “evincing a depraved mind”. What exactly does this term mean? Well, in the Supreme Court of Minnesota case of Statev. Mytych 194 N.W.2d 276 (1972), the judges stated that “a mind which has become inflamed by emotions, disappointments, and hurt to such degree that it ceases to care for human life and safety is a depraved mind.”

I don’t think it will be possible to prove this aspect of the charge for Chauvin, although there have been comparisons to the 2019 conviction of former Minneapolis police officer, Mohamed Noor, for 3rd degree murder and 2nd degree manslaughter in the 2017 shooting death of Australian-born, Justine Ruszczyk a month before her wedding. I maintain that the two circumstances are vastly different.