I was charged with a relatively serious offence; can you help me prove my innocence? 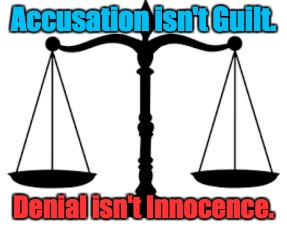 If you’ve only been charged with an offence, it is NOT your job to prove your innocence.

In early legal times, this rule was expressed as a brocard (a legal principle written in Latin): ei incumbit probatio qui dicit, non qui negat — proof lies on him who asserts, not on him who denies.

Now, in a contemporary English legal system, the ‘presumption of innocence’ or the fact that a defendant is ‘innocent until proven guilty’ is a legal principle that places the entire burden of establishing guilt beyond a reasonable doubt on the prosecution/state/government.

If guilt has seemingly been established due to circumstantial evidence like “consciousness of guilt” or direct evidence like CCTV footage, only then will you and your legal team have to dispute what has been presented and “prove your innocence”.