Q: Around carnival time (February 2010) I reversed and hit someone's car near my friend's house. At the time, the person was not interested in making a police report, etc. because according to him, he had intentions of re-painting his car and when that time came, he would make me aware of the cost to fix the dent.

Last week (December 2010), I saw the same car with the dent and I'm wondering if he can still pursue a claim for the damage? 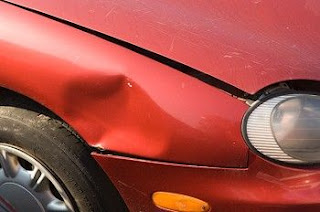 A: The answer is YES and here's why: