Q: Are there any laws in T&T against prostitution? 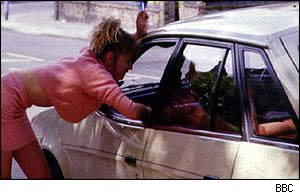 A: Of course! Prostitution (women only) is illegal under 46(j) of the Summary Offences Act 1921, as amended.

The Sexual Offences Act - Chapter 1986, as amended also makes selling and buying any sex service illegal in Trinidad and Tobago.

A prostitute can serve 5 years if caught soliciting sex and there is a stiffer sentence of 15 years for the person obtaining the service.

Owning or knowingly leasing property to establish a brothel is also illegal under Section 22 and can bring a 5 year sentence, but they still remain open with the occasional police raid.

These places allow the human trafficking trade to flourish because many of the prostitutes in the clubs are illegal South Americans and Guyanese who are victims of the sex trade. When they get arrested, some are deported, but many are released because a person cannot be deported without a passport.

With the reputation of the T&T Police Service, I'm sure bribery has a lot to do with strip clubs and brothels remaining open.